Our artist this term has been Pieter Bruegel. With Charlotte Mason artist study, the idea is to become so familiar with the artist’s work that you can recognize other pieces by the artist which you have not studied. Bruegel’s look is so distinctive, that I feel confident both Sprite and I can recognize his work. A lot of his paintings are jam-packed with detail, almost overwhelmingly so.

Bruegel was not Sprite’s favorite artist, and certainly not one whose art we would want to hang in the living room. But I found our study quite interesting. Besides our regular picture study, we read a few books which I found at the library. Sprite did some written narrations of those books on free Bruegel notebooking ages from The Notebooking Fairy.

At the Metropolitan Museum of Art, we saw one of Bruegel’s original works (see the photo here). It was neat to see it again in books and be able to say that we had seen the real thing. Trips to art museums really bring art alive!

Although I normally have Sprite do a reproduction of some type for each artist we study, we chose to forgo that assignment with Bruegel. Sprite didn’t really connect with any of his art, and a lot of it seemed too busy for a reproduction. Originally I thought I would have her zero in on a small section of a painting, but since she wasn’t terribly excited about it, I chose to drop it altogether. The reproduction is an optional activity as far as CM artist study is concerned.

I did ask her to choose a painting to analyze with the Smart Art material. Based on her analysis, she wrote a brief paragraph. I think it’s important to have children write about a wide variety of subjects, including art.

Another interesting activity for Bruegel was with his painting Proverbs which depicts over 100 Flemish proverbs. Using this PDF guide, Sprite tried to identify the various proverbs shown. It was much harder than it seemed. (A warning: This guide does have profanity on #9! It is a worthy resource, but you will probably want to edit that four letter word before handing it over.)

A wrap up activity at the end of our study was using a page of Bruegel thumbnails for a sorting exercise. Sprite cut out the small images, and planned a way to organize them into groups which she labeled on a notebooking page.

You can find more about Bruegel at Bruegel Artist Study. 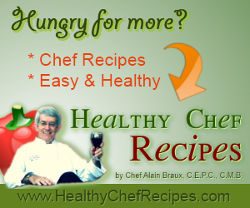