We’ve finally wrapped up the Civil War! It took us over two months to cover what Winter Promise had assigned for a mere six weeks. (Too many interruptions lately — mostly traveling and sickness. Ah, well, this is why we homeschool.)

We used these resources inside the lapbook:

Here’s a great link which we didn’t use simply because we had enough things already — Tina’s Dynamic Homeschool Plus War Between the States Lapbook.

The whole set of Civil War lapbook pics are here at Flickr. 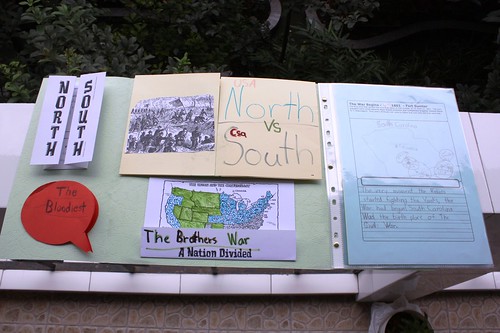 The large, light yellow shutterfold started out as a notebooking page. But we kept adding information until it grew two flaps. And then we decided to treat is as a large minibook and as a flap on the lapbook. The back of this book holds two more minibooks. 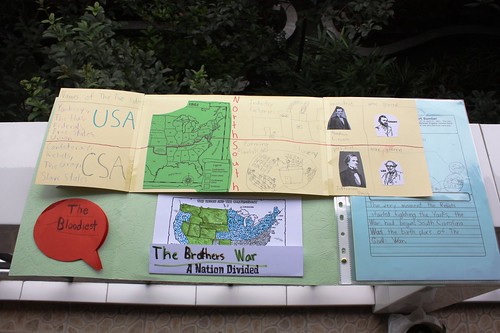 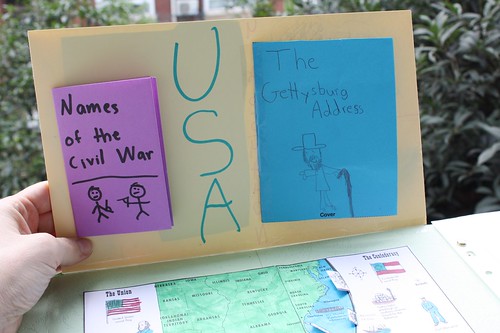 For the notebooking pages, we put them into sheet protectors and affixed them to the lapbook with paper brads. You can see the brads on the cover. 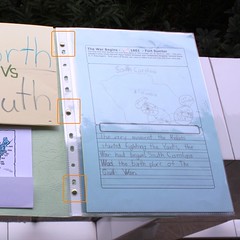 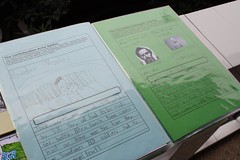 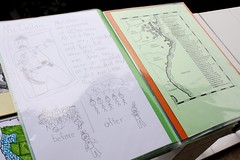 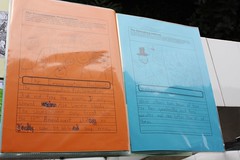 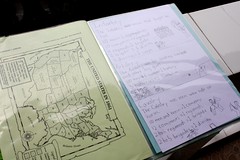 And that wraps it up! Next we’ll be on the wagon train, delving into Westward Expansion.