When you’re coming to the end of your artist study of Monet, you can’t pass by a scene like this one without making a reference to the Japanese bridge at Giverny.

I was thrilled when Sprite asked if we could sketch it just like Monet did. 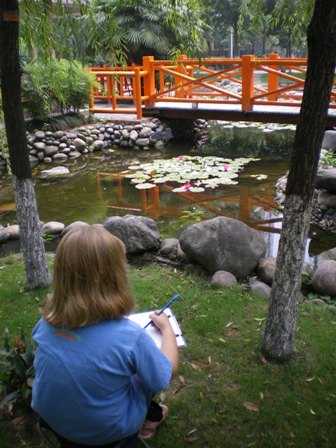 She happened to get a bit sidetracked by some children who kept peering over her shoulder, so she spent most of her time like this. 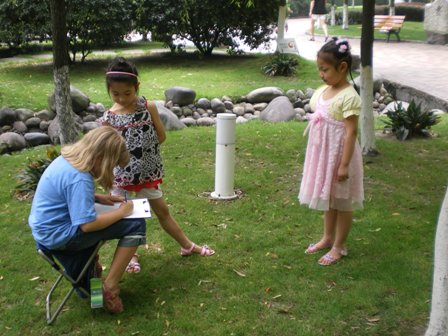 And here is her finished portrait sketch. I thought it was fabulous! Even more so, I was proud of her attitude. She said as we were walking home that some people said her art was good. Others said it was bad. Some said it was so so. She laughed as she realized that everyone has a different opinion (which they seem to feel so very free to openly express) and that it made no difference to her what they thought. She was drawing for herself, not for them. (As a side note, she is not always so confident. But I was thrilled to hear this from her that day!) 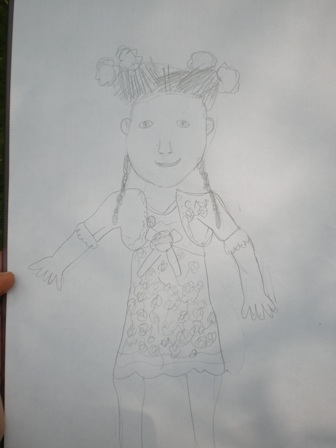 I reminded her that those people more than likely would never risk drawing in public for fear of the kinds of comments she received. But then again, they will never know the joy of relaxing with pencil in hand before a lovely view, the satisfaction of working over a particular curve or line, the joy of being an artist. We are artists if we create art, no matter the results or the opinion of others.