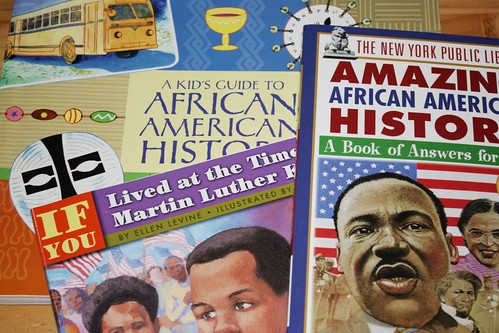 Normally I think it’s best to study something and then take the field trip. But when a chance to tour a museum presents itself, I certainly wouldn’t turn it down because we hadn’t reached that part in our curriculum. Actually, for the Civil Rights topic, I think that having our visit to the Civil Rights Museum in Memphis, TN was better before our book study.

Sprite remembered the main gist of many of the exhibits. So as we read our living books, she already had some understanding of the events. Then she used the postcards I bought at the museum as the meat of her notebooking pages. 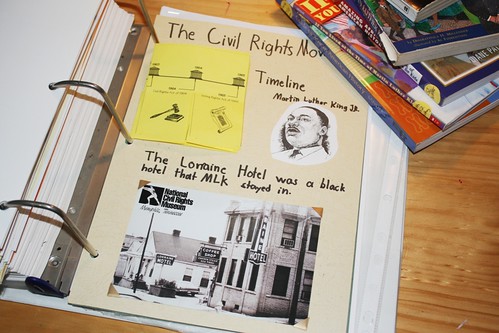 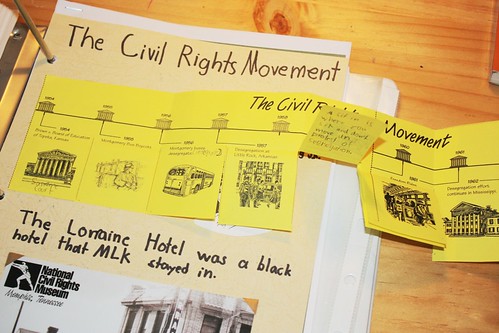 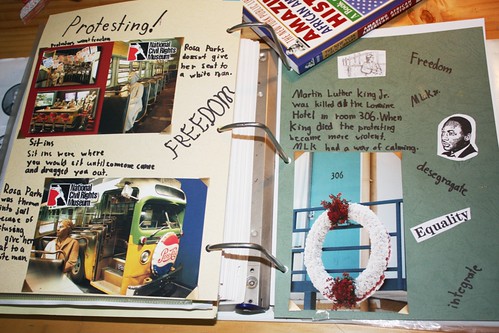 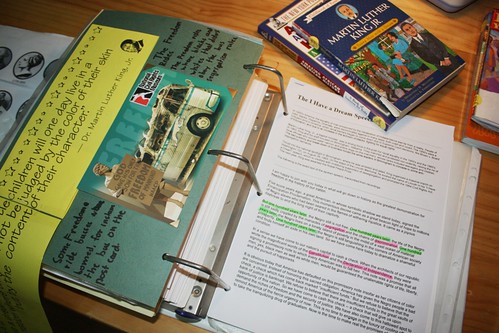 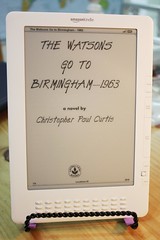 Of course, we had to watch the inspiring “I Have a Dream” speech by MLK, Jr. during the 1964 March on Washington. Then I gave her both the printed text and a notetaking guide to analyze the speech a bit.

For more language arts tie ins, I assigned Sprite The Watsons Go to Birmingham, 1963 (downloaded to her new Kindle 2, but my DX is pictured here) and this proofreading page with a MKL, Jr. theme.

You might not suspect it, but Sprite was able to relate in some ways to the prejudice described during the times of segregation. Living as minorities in a racially homogeneous nation does present some unique challenges.  We can never blend in no matter how fluent we are in language or culture. We are forever the “foreigners.” But she was quick to point out that we rarely face overtly negative treatment. Our worst treatment is merely unfair prices or rude gawking and name calling. But the whole concept of being treated differently because of your race is something she really understands (and dislikes intensely).