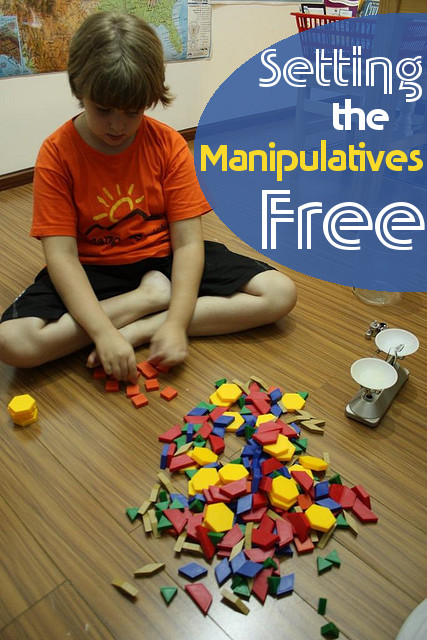 At the HSS forum a mom explained how she took the math manipulatives down from the bedroom closet shelf. She sorted the goodies into baskets, shelves and drawers, all accessible to the children. Wonderful! The fun math tools aren’t helping anyone on a bedroom shelf. That started me thinking about the hands-on things we have. […]

Platonic polyhedra sounds so much more sophisticated than 3D shapes, doesn’t it? Actually, in our math history lessons, we found that the 5 now called “Platonic” solids were actually identified by the Pythagoreans (Pythagoras and his students) before Plato’s name became attached to them. Of course, we were not content to see them in a […]

Sprite is almost 10, and she had never taken a test of any kind until just last month. At that time, she was given the WISC in a one on one setting. I wanted her to be tested for a couple of reasons. First to make sure that we’re on track with homeschooling. Not that […]

Thanks to the over one hundred of you who took my daughter’s polls! Wow! We used the data collected to make our own graphs. cover of the mini-book the graph inside made with spreadsheet software. Sprite felt sorry for the poor tuba — no one voted for it. She wanted to add a vote just […]