We recently started a new science curriculum — Noeo Science Chemistry.  To kick off our first experiments, I decided to buy some “fancy” lab equipment. 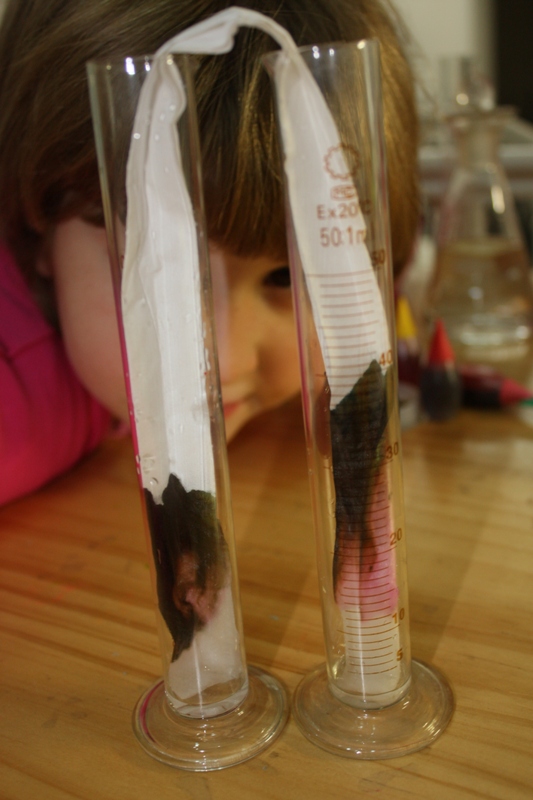 So I did some investigation and found the name and address of a place that supposedly sold test tubes. The taxi stopped at an ancient looking drugstore selling Chinese medicine and wheelchairs. In the back, were glass cases full of beakers and graduated cylinders. We brushed away the cobwebs and dead spiders to find several acceptable pieces — various test tubes with measurements marked on the glass and their own pedestal base so that a rack is not even needed (those are called graduated cylinders, I later learned) . I tried to bargain, but the shopkeeper was adamant about his marked prices. He pulled out out a huge abacus to figure our total. I was totally confused about how he added it up, but his apparent skill at using the abacus convinced me that he wasn’t cheating me.

Now we feel like real scientists when we do our experiments. No more empty jelly jars for us! We have real lab equipment. My hope is that these more professional pieces will motivate Sprite (that worked!) and also show her how the importance of precision in scientific experiments. 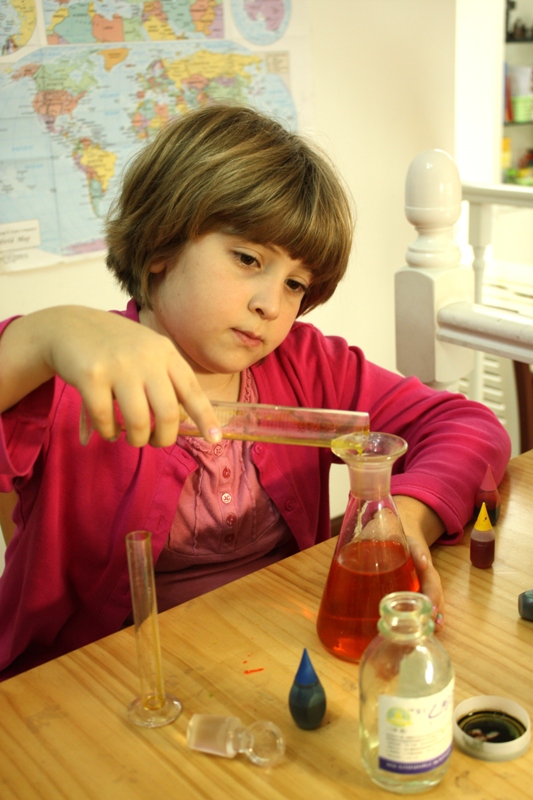 We’ve started a lapbook about Chemistry. But so far we’ve only made a few minibooks. I’ve been collecting chemistry links  for over a year, and I’ve already organized them at Chemistry Lapbook.

I discovered that the level of curriculum I purchased is actually too low for Sprite! (I bought this well over a year ago! And we didn’t get to it as quickly as I thought. In the meantime, she’s matured!) I bought level one but really should have bought level two. No matter. We will adapt what we have by moving quickly through the material; we’ve already done 7 weeks worth of work in two weeks’ time! And I bought some supplemental material about the Periodic Table to make it a bit more appropriate for her. As you know, levels are often very arbitrary and are only general guidelines. So it doesn’t really matter, especially if we beef it up. Good books are good books regardless of their level.