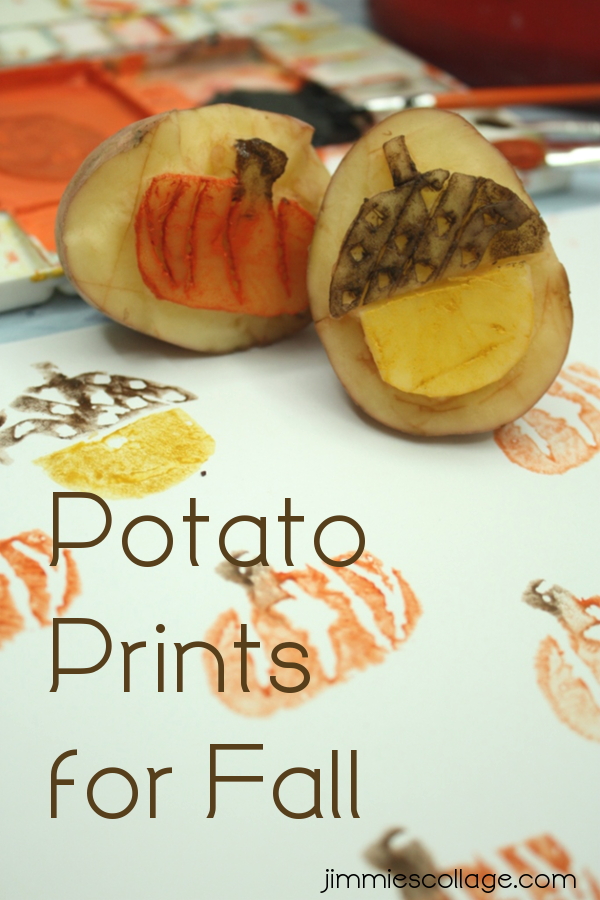 This was our first time ever to make potato stamps and then do potato printing. As crafty as we are, we’re always finding new projects. It was so fun! Potatoes are a great medium for making homemade stamps because they are available and inexpensive. 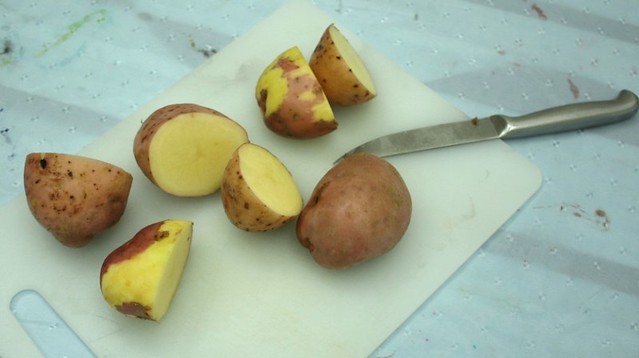 Generally, I have misgivings about using food for crafts since it seems wasteful. But then I compared the 75¢ I spent on potatoes with my last Dick Blick order of $75, and I realized that it maybe wasn’t quite as wasteful as I thought. Using a potato half, we tried to draw a simple shape. That worked the first time, but thereafter the pen was wet and wouldn’t draw. Instead we just etched an outline with a ball point pen. Here’s a heart. 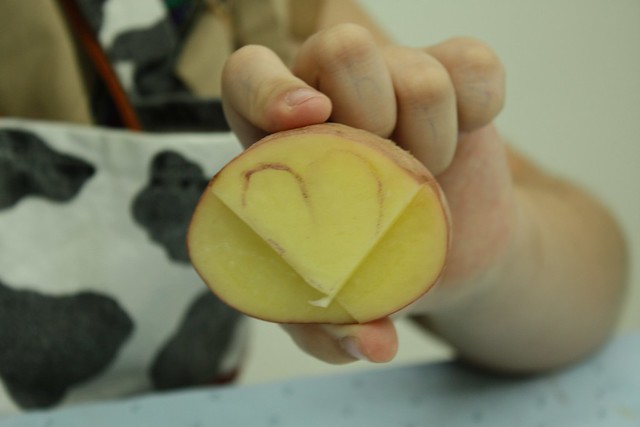 Then using carving tools and kitchen knives, we cut around the design to leave a raised stamp. Some people use utility knives, but they scare me. This is a rather dangerous craft. Sprite is ten, so she can handle the tools well, but you’d have to cut out the stamps for little ones. 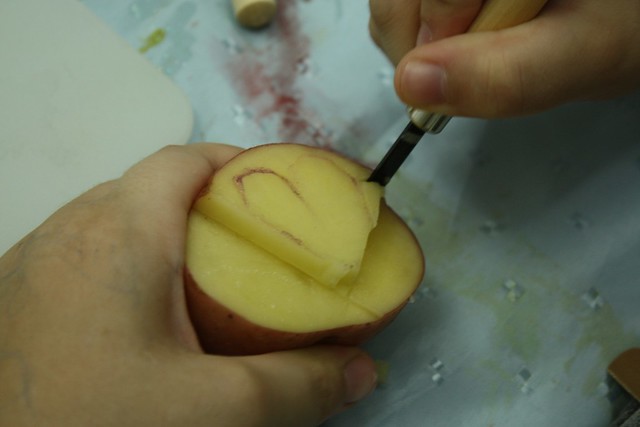 A pumpkin shape for autumn! 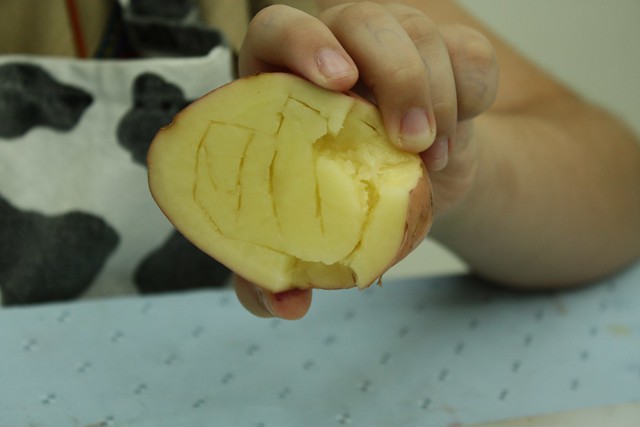 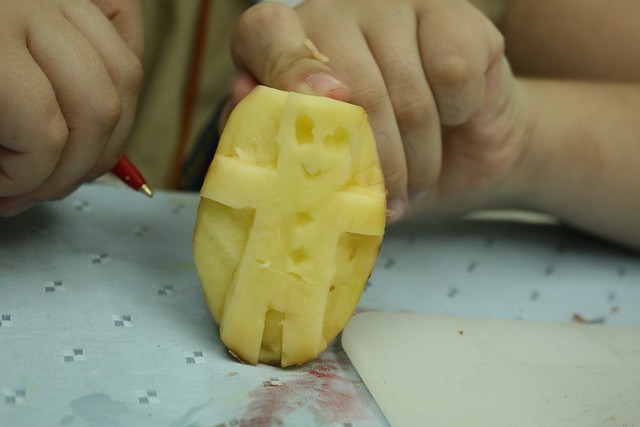 I made a cat face. 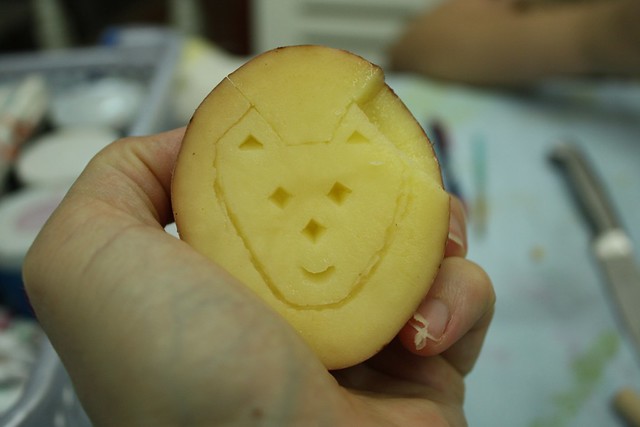 Here are our potato stamps ready to use. 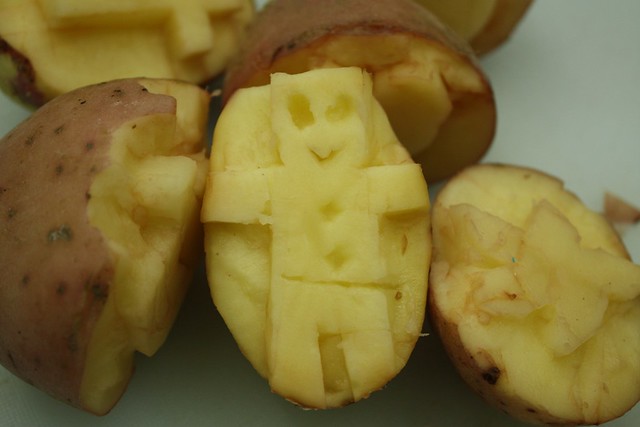 We found that brushing on the paint (versus dipping) was the most efficient way. Sprite is so creative! This stamp can be either a briefcase or a mug, she said! 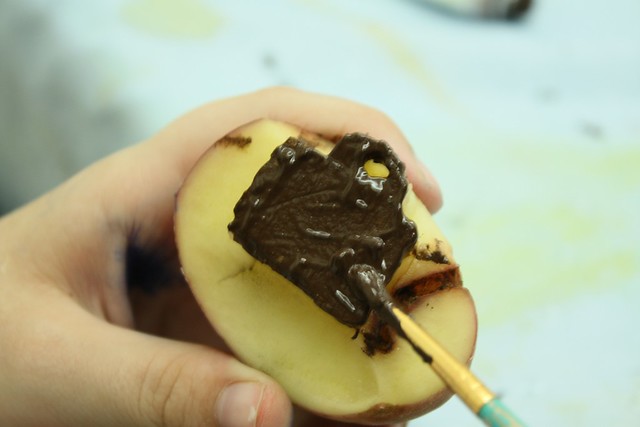 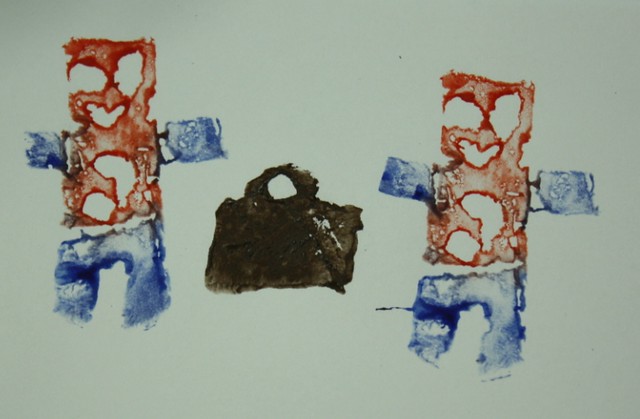 Our Oreo is the subject of this stamp! 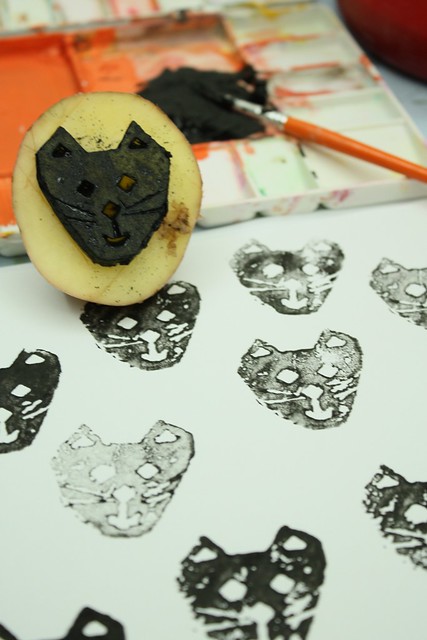 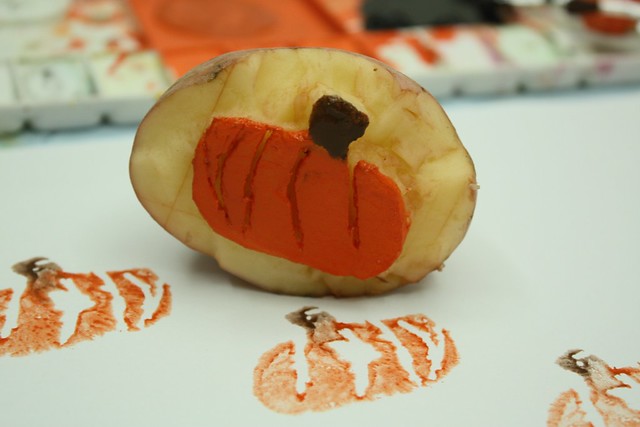 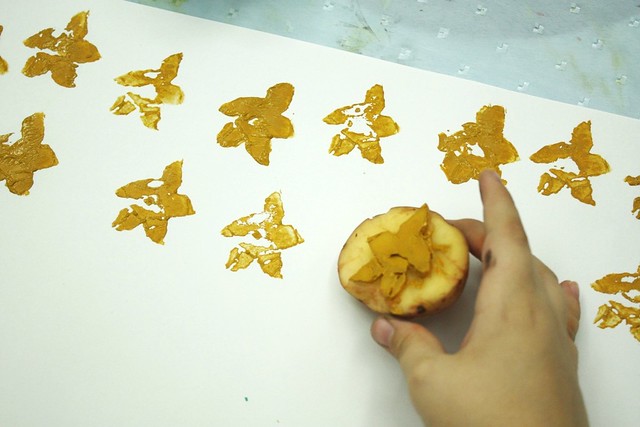 By brushing on the paint, we could get two-tone effects like this acorn and pumpkin. 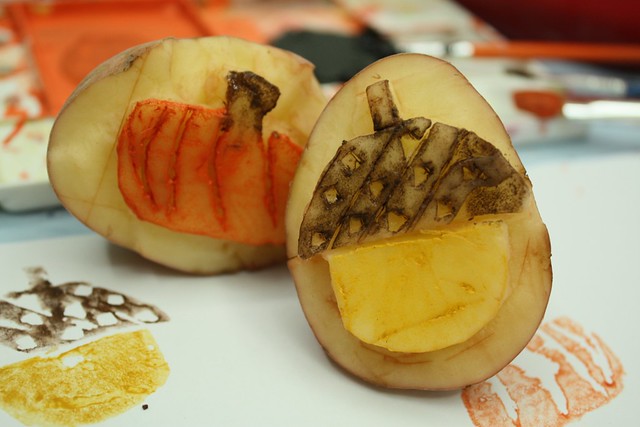 It was fun, creative play. We had no practical objectives. We just stamped some paper. Towards the end, I did suggest Sprite make some Fall greeting cards to send to grandparents back in America. She did, but the fun was simply in the creating the stamps and experimenting with them.  It was a creative day all around. We made homemade lemon sherbet from fresh lemons and baked cinnamon pretzels. It was a messy and productive day!