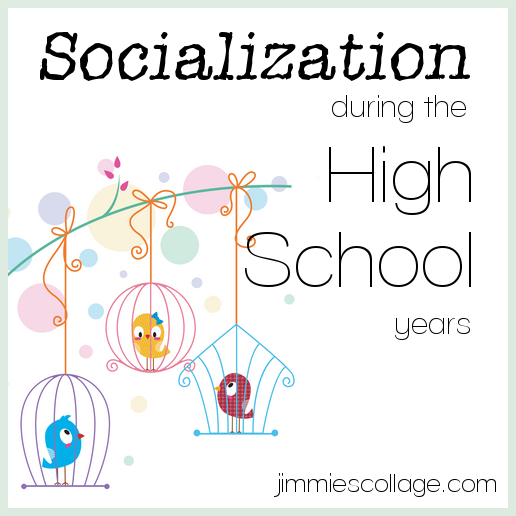 So you make it through the first eight years of homeschool virtually unscathed and then high school happens. Then the socialization question reappears in some very odd forms. Now the questions aren’t about learning how to stand in line, wait your turn, and play nicely. Instead, the conversations center around dating, the prom, and even getting a job.

You mean she won’t have a senior prom!?

How will she find a boyfriend if she’s home all day?

If you let her sleep in like that, she’ll never be able to get or keep a job!

Here’s a newsflash. Senior prom is really not a big deal.

Do I remember mine? Sure, I do. I remember all the hype that a 5 hour event could never measure up to. And it didn’t.

The main thing I remember is the dress, and when I press people about the prom, this is the main issue — a chance to dress up and go somewhere fancy.

Well, my high school prom was in the school cafeteria. So it wasn’t fancy, but I get the point. It’s the romantic, sentimental notion of being a princess for a night. But honestly, we don’t need the prom for that. In fact, the pressure of the prom to be some kind of climax of your teen years is unrealistic and sets up a young lady for huge disappointment.

Another newsflash. Some kids don’t care about prom.

At this point, Emma is not interested in prom whatsoever.

What if that changes?

My last newsflash. The area where I live actually has a homeschool prom. So if Emma decided that her teen years would be a travesty without a night of wearing an overpriced dress, donning a wilting corsage, and dancing in a gym, then we can make it happen.

Wow. I almost want to smack people when they ask this. Not in a mean knock you out way but slap some sense into you way. Do we really need to encourage kids to date?

Do you not remember what having a boyfriend meant when you were a teen?

We can’t think that just because our kids are homeschooled that they are exempt from the temptations that romantic relationships bring.

So my take on the boyfriend issue is that it’s a non-issue. I would be happy if Emma didn’t have a boyfriend until she was in her 20s. That probably won’t happen, but her having a boyfriend is so low on my bucket list for her, that this is a silly reason to criticize homeschooling.

If you want to criticize my parenting and my views on teen dating, go ahead. But don’t say it has anything to do with educating at home. You don’t need school to learn how to interact with the opposite sex.

We all know that puberty causes children’s sleep patterns to change. Their bodies are hard wired to stay up late at night and sleep in each morning. Everyone knows this, but most people brush it off as “a shame” that kids have to get up so early for school. Yes, it’s a shame, and an unnecessary one. If we homeschool, why in the world do we have to follow the model of the classroom?

My preference would be for Emma to get up early and get her studies done so we have the afternoon free. But that is not her preference. She works better and is a happier teen overall when I give her freedom to choose when she wants to get up. So my rule is, for the most part, you can get up when you want and do your school work when you want as long as it gets done.

I believe that by giving my daughter autonomy to make those kinds of smaller decisions, she is better equipped to make the bigger decisions down the line. I see far too many teens who don’t have a say so even about the simplest matters of their lives: how to cut their hair, what time to get up in the morning, what extra curricular classes to take. As a result, they have no sense of direction and no ability to make sound choices.

I think when to get up in the morning and all the consequences that come with that choice are great practice run for more mature decisions down the line.

Being a night owl does not in any way limit her ability to get a job when the time comes. She can get up when there is a plane or bus to catch. Homeschool lessons can be done any time of the day or night. Why get up early for them if you don’t want to and don’t have to?

There are other ways to learn how to get up early and be on time than attending public school.

Like this topic? There are dozens more posts like mine in the link-up linked in the graphic below. My opinion is just one among many, but we are all trying to address the socialization issue and put a nail in this coffin of objection. 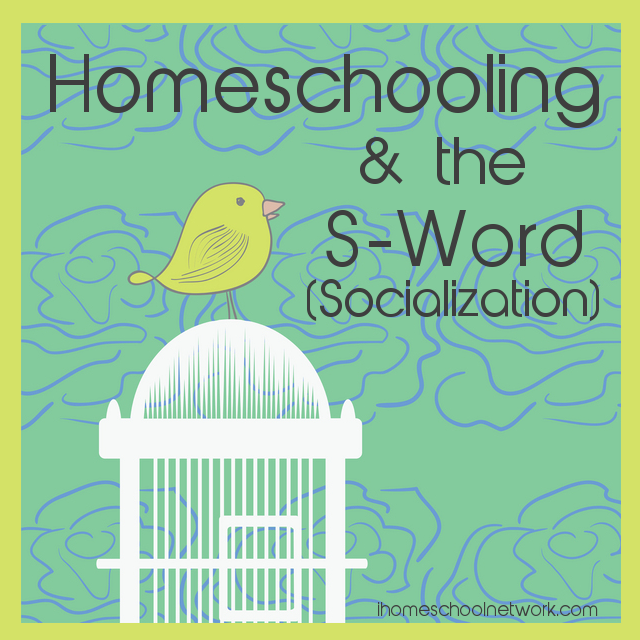