We have been studying American history for a long time now. (I first posted about this notebook in October of 2008.) After the American Revolution, when the colonies became states, Sprite began her 50 States Notebook. My idea was to add each state as it entered the Union chronologically. Well, we are finally finished. With Hawaii and Alaska gaining statehood in 1959, we have now wrapped up the notebook. What a rewarding project!

Look at how thick it is! Almost four inches! 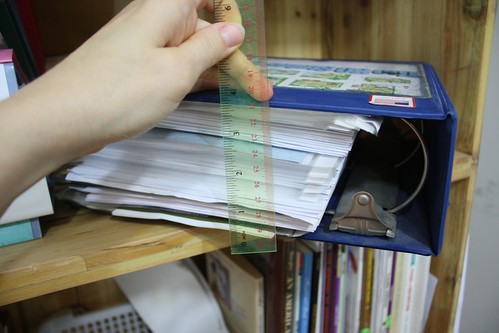 Each state has a two cardstock notebooking pages filled with information about the state, including the state flag, state bird, a map, etc. Most every state also has at least two postcards — a map card and a card with the state capitol building.

Here is page one, front and back. 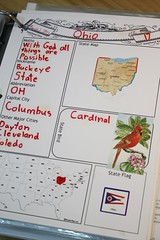 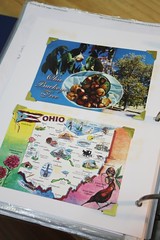 And here is the second page, front and back. 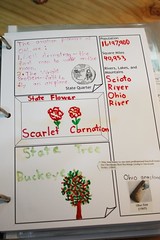 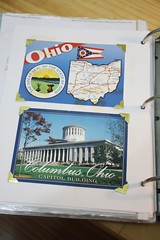 At the beginning of the notebook, we added information on American currency, Washington D. C., the three branches of government, and all the things that President Bush sent us. 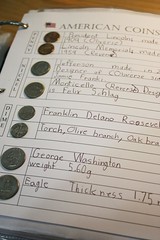 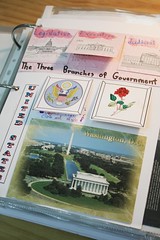 No offense, Obama. We haven’t written your letter yet. We’re giving you time to make some nice glossies of you and your White House pets. 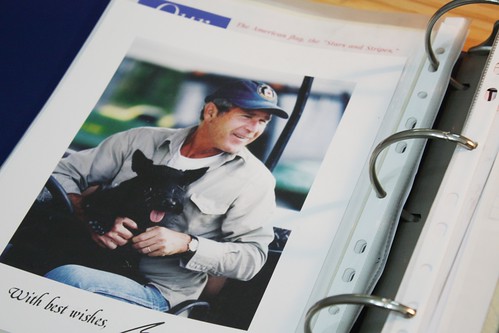 During our two months in America, I let Sprite work on a collection of US license plates. She used the Ultimate Sticker Puzzles: License Plates Across the States: Travel Puzzles and Games! (yeesh, that’s a long title). Although she discarded the other puzzles, she kept the pull out map with all her stickers. We never found Hawaii, Rhode Island, South Dakota, Nebraska, and maybe a few others. But the vast majority were filled in by the time we were ready to leave. 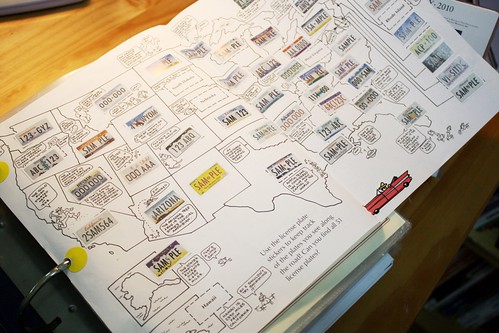 For how to make your own and for links to state notebooking page templates, visit this 50 States Notebook lens.

Other tasks Sprite did to wrap up the 50 States Notebook: 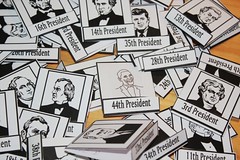